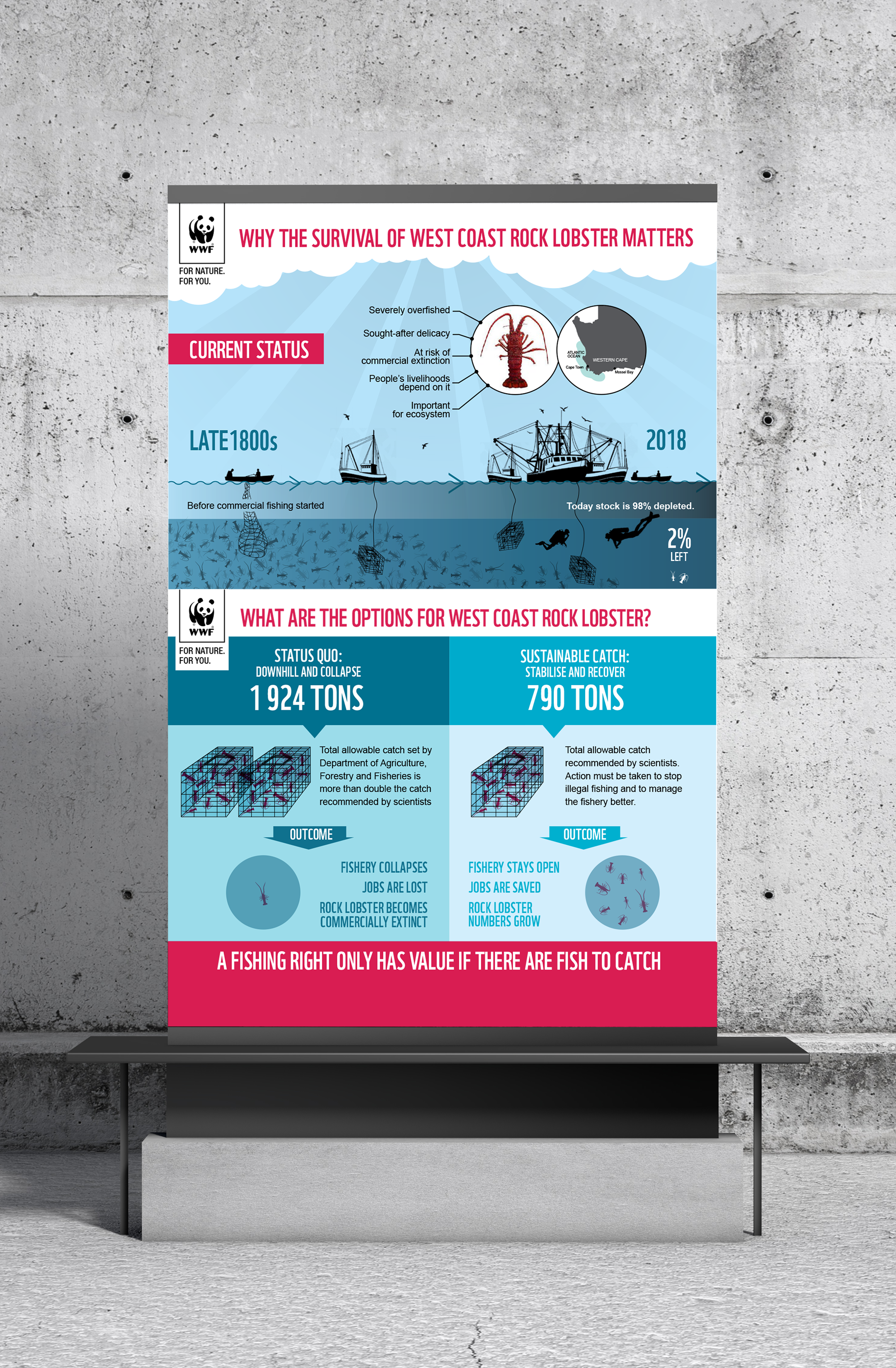 In 2018, only 2% of the sought-after West Coast rock lobster remained in the ocean due to overfishing, increased illegal harvesting and poor management of the industry. As a last resort, the World Wildlife Fund (WWF) were compelled to turn to the courts.

GAPdesign was fortunate enough to work together with WWF on this campaign. We were tasked with creating infographics to explain why the survival of the West Coast rock lobster matters and what the sustainable options are for fishery going forward.

The court upheld WWF’s view that the decision to set that season’s Total Allowable Catch for West Coast rock lobster at an unsustainably high was irrational, unlawful and inconsistent with the law. This judgment was the start of an important process in saving this species from commercial extinction.